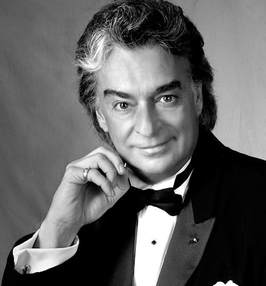 Mark DuBois
​Mark DuBois is universally acclaimed for the exceptional clarity and tonal purity of his lyric-tenor voice, and for his artistry and musicianship in performance. His extraordinary versatility garners plaudits from audiences and critics alike in all genres of music, whether opera, operetta, oratorio, lieder, baroque, or the classics of Broadway and modern musical theatre.

He has performed with every major orchestra in his native Canada and with several in the USA, including those of Baltimore, Boston, Buffalo, Chicago, Cincinnati, Dallas, Detroit, Indianapolis, Los Angeles, Naples, Philadelphia, Phoenix, Rochester, and San Francisco. Mark’s busy career on opera and concert stages has taken him across Canada, the USA, Italy, France, Belgium, Hungary, Austria, the United Kingdom, New Zealand, Bermuda, Slovakia, and the Czech Republic.

During the 2003-2004 season Mark gave a concert tour in Houston, Atlanta, Philadelphia, and New York City. Later that season, he was tenor soloist in a concert tour of the new composition Oratorio Terezin by Ruth Fazal, performed to great audience acclaim in the prestigious venues of Reduta Hall (Bratislava), Vienna Konzerthaus, St. Peter and Paul Cathedral (Brno), and Smetana Hall (Prague).

He is heard regularly on national radio network broadcasts in a wide variety of performances, and has appeared in several television specials including The Life of Emmerich Kalman, Bach’s Magnificat, as the Chevalier in Dialogues des Carmélites, Handel's Messiah conducted by Trevor Pinnock, and in the lead role of Shanty in the Canadian premiere of Paul McCartney's Liverpool Oratorio under the baton of Carl Davis, the co-composer of the work.

Mark DuBois is featured on several commercial recordings, the most recent of which include a solo recording Chansons d’Amour (nominated for a Juno) with pianist Gloria Saarinen, a guest solo appearance on 500th Anniversary - Vienna Choir Boys from Koch Classics, and his newest solo CD, The Music Within - Vol. 1, a compilation of favourites from operetta, Broadway, and song.
Powered by