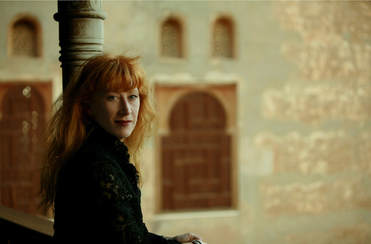 Loreena McKennitt
Canadian singer and composer Loreena McKennitt has garnered domestic and international acclaim not only for her distinctive artistry, but for her philanthropy and the independence with which she has managed her career.

She has performed worldwide, and amongst her many career highlights has performed for HRH Queen Elizabeth II and other heads of state. She has received double platinum album awards in the United States and multiple gold and platinum awards in Canada, France, Germany, Greece, Italy, Spain, Brazil and Turkey, among others, and is a Juno Award winner and a Grammy nominee.

Her extensive charitable and community work has seen her awarded the Order of Canada, the Order of Manitoba, and four honorary doctorates. In 2006, Loreena was appointed Royal Canadian Air Force honorary colonel of 435 Transport & Rescue Squadron (Winnipeg), and in September 2014, she was appointed the new honorary colonel of the RCAF by the Minister of National Defence, Rob Nicholson. In 2013 she was bestowed the rank of Knight of the National Order of Arts and Letters by the Republic of France.
Powered by