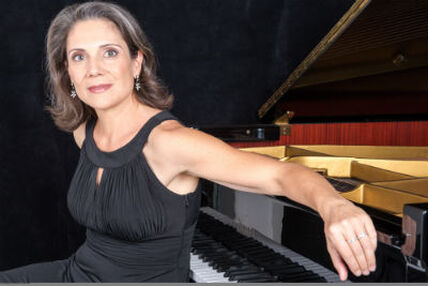 
​Emily Hamper has earned an excellent reputation for her exceptional skills as a vocal coach and accompanist. Singers from her coaching studio perform with major opera companies and symphony orchestras around the world. Within an international career spanning twenty years, she has worked as a rehearsal pianist, coach, and assistant conductor for many prominent opera companies and organizations.

Highly sought-after as a collaborator for voice recitals, she has recently appeared in performance for the Montreal Symphony Orchestra’s “Virée Classique”, L'Opéra National de Paris, and Music Toronto. In January 2017 she partners baritone Phillip Addis in recital at the Canadian Opera Company. Other performances include recitals for the Queensland Music Festival (Australia), Calgary Opera, Festival Orford, Stratford Summer Music, and many other venues in Canada, the USA, and Europe. In 2011 she was awarded the Best Collaborative Pianist Prize at the Eckhardt-Gramatté National Music Competition and accompanied thirteen performances across Canada on the National Winner's Tour. Performances have been broadcast on CBC Radio, Radio-Canada, Classical 96.3 FM and Vermont Public Radio.​

Emily is co-artistic director of the Stratford Vocal Academy, an élite training program for singers in Stratford Ontario which she co-founded in 2015. In addition to her work with singers, Ms. Hamper performs frequently as orchestral keyboardist with the Kitchener-Waterloo Symphony and as a chamber musician with INNERchamber's Factory Arts Ensemble in Stratford.
Powered by