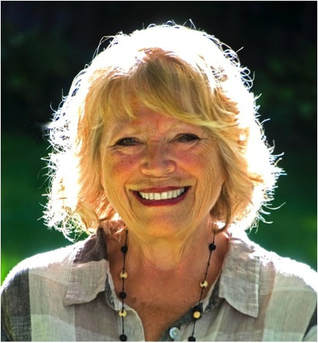 Barbara Steed Young – photo John Lederman
Ms Young holds an Honours Music Degree in voice and piano from the University of Western Ontario, with additional studies in opera at the Guildhall School of Music & Drama in London, England. Her teachers included Lilian Wilson, Mona Bernardi, Lilliane Russel, and Alfred Rose, Mahler’s nephew. Barbara has worked in Canadian theatre for more than 40 years as a director, conductor, performer, and teacher.

In the 1980s Ms Young started the instrumental music and music theatre programs at the Etobicoke School of the Arts (ESA) in Toronto, Canada’s first publicly funded art school. With an international reputation for creative programming and high standards, the school has grown from a hundred students to one that auditions thousands. Barbara conducted the ESA Symphony Orchestra and large chorus for 20 years.

Barbara has also founded music theatre programs at the National Music Camp in Orillia, St. Lawrence College in Brockville, and the Stratford Festival Education Department. Barbara has a voice studio in Stratford and is a highly sought-after music adjudicator.

Barbara worked with Bert Carrière, the Festival’s Music Director, on all the Festival musicals from 1996 to 2008. As well she was the composer for the music of Henry V (2001) and To Kill a Mockingbird (2007). She has been the composer of the Festival’s Shakespeare on Wheels program from 2001 until the present.
​
Barbara has been appointed to the Dean’s Advisory Council, Don Wright Faculty of Music, Western University. In 2016 Barbara was nominated as Woman Of The Year For Arts And Culture in Stratford.
Powered by