ARTISTIC DIRECTOR OF MUSIC AND OPERA SINCE 2016 ... 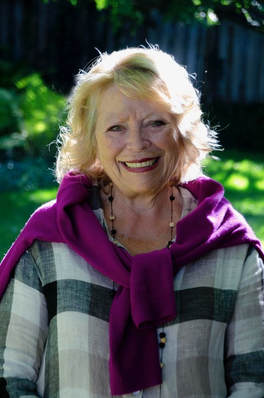 Barbara Steed Young brings a wealth of experience, knowledge, and energy to her new role as the Artistic Director of Music and Opera Appreciation.  She has a long-standing professional involvement in the musical and dramatic arts in Stratford, along with wide experience in other parts of Canada and abroad.

Barbara received her Honours BA in Music and ARCT diploma from the University of Western Ontario, then studied for a year at the Guildhall School of Music and Drama in London, UK.  She then launched a successful career in education, first as a teacher of music in Ottawa, and then as one of the founders of the Etobicoke School of the Arts, where she was also the founding head of the music and music theatre program, a position she held for 20 years.

At the same time, Barbara continued to be a creative force in a variety of musical and theatrical settings.  She sang in choirs, she conducted orchestras, she wrote a play and created the music for it, she played instruments, she taught at the Banff Fine Arts Festival.  She already had an impressive list of accomplishments and awards to her name when, in 1996, she began an eleven-year association with Berthold Carrière as music consultant on Stratford musicals.  She has also created the music for plays at the Festival, and for many years has worked with young people, composing music for Shakespeare’s plays, in the Shakespeare on Wheels program and the Shakespeare School.

In recent years, Barbara and Bert have worked as Music Directors of the Stratford Symphony Orchestra.  She is a much-sought-after adjudicator for regional and provincial music competitions, and she operates a voice studio in Stratford.  Barbara has recently been appointed to the Dean's Advisory Council, Don Wright Faculty of Music, University of Western Ontario.

Music and Opera Appreciation is honoured to welcome Barbara as Artistic Director, beginning with the 2016 Winter Series.
Powered by