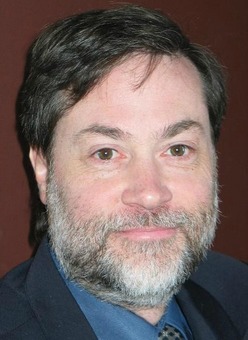 Andrew MacDonald
Andrew MacDonald was born in Saint John, New Brunswick and raised in Dartmouth, Nova Scotia. Music was at best a side interest until a chance inspirational experience while he was a member of the Nova Scotia Youth Orchestra. In one of those remarkable quirks of fate, that inspirational teacher, Derek Conrod (also a native of Dartmouth), is a longtime Stratford resident and a fixture in Stratford’s musical community. Andrew is delighted to be able to call Derek a friend, colleague and almost-neighbour.

Andrew obtained his Bachelor of Music degree from McGill University in Montréal. After participating in the Artist in Residence program at the Banff Centre for the Arts he went on to graduate studies, receiving a Master of Music from Arizona State University.

Andrew played professionally in Canada and the USA, holding positions with the Windsor Symphony, Boulder Philharmonic and Central City Opera Company. He has performed with many orchestras across Canada including Symphony Nova Scotia, the Calgary Philharmonic, Orchestra London and the Royal Winnipeg Ballet.

Andrew toured Spain and performed at the Canada Pavilion at Expo ’92 in Seville as a member of the Montreal Chamber Players. While visiting Durban, South Africa for his wedding he was invited to perform with the Kwa-Zulu Natal Philharmonic Orchestra and he spent three weeks with the KZNPO as guest Co-Principal.

The onset of the neurological motor disorder called focal dystonia derailed Andrew's doctoral studies, then ongoing at the University of Colorado at Boulder, leading to a total career change.

Andrew received his LL.B. from the University of Western Ontario in 2006 and was called to the Ontario Bar in June 2007. Andrew MacDonald is a partner with McDonald & MacDonald, Barristers and Solicitors. Principal Horn of the Stratford Symphony since 2005, he also plays as an extra with Orchestra London. He lives in Stratford with his wife Liesel Deppe and their two cats Oscar and Bert.
Powered by