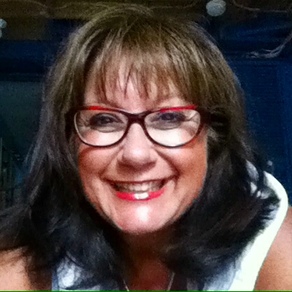 Aggie Elliot
Aggie Elliot graduated from the University of Toronto’s Faculty of Music where she studied voice with Mary Morrison, her vocal coach, mentor, and friend.

Born in Toronto, where her parents ran a Slovenian theatre company, Aggie Elliot (née Cekuta) made her debut at the age of three months. Her subsequent career in musical theatre has taken her across Canada and the U.S. to London's Old Vic and to Broadway. Aggie was an original cast member of the Canadian productions of Cats, Les Misérables, and The Music of Andrew Lloyd Webber at Toronto's Pantages Theatre. She has played leading roles in The Fantasticks, The Little Sweep, The Impresario, Bernstein on Broadway and The Gift of the Magi, as well as the title role in Evita and JoJo Rideout in the multi-media rock musical Thunder Perfect Mind written by Paul Gross and Laura Burton. She spent several seasons at the Stratford Festival, where her roles included Gianetta in The Gondoliers and Mabel in The Pirates of Penzance. She also appeared in the original production and subsequent world tours of Brian Macdonald's internationally acclaimed version of The Mikado, most recently performing the role of Yum-Yum for the Stratford Symphony Orchestra concert version in May 2014. Aggie is the recipient of three of the Stratford Festival's Tyrone Guthrie Awards.

Ms Elliot is passionate about mentoring young up-and-coming talents and devotes her time and energy to promoting the arts in education both at elementary and secondary school levels. She has worked as Vocal Coach at the National Music Camp and was a featured judge at the Stratford Star competition since its inception, an event sponsored annually by the Stratford Youth Centre.

In addition to various TV and radio appearances, Ms Elliot spent several years as a Kindermusik Educator in Stratford, and was the director of her own Kindermusik Studio. As a recording artist she sings the title role on a recording based on Joan of Arc and a lullaby CD featuring various artists.

Aggie has been involved with PAL Stratford since its inception and was a board member. She is currently on the Board of Directors of the PAL CANADA Foundation.

Aggie, along with Margaret Ryerson, pioneered PAL Stratford's Supporting Cast and the weekly coffee club, as well as organizing several monthly PAL member-events in the Stratford community. As the original coordinator of the PAL Stratford Supporting Cast, Aggie has made many contacts with elder services that are available in Stratford such as CCAC , introducing and co-ordinating these services with PAL Stratford.

Currently Aggie and her husband Paul reside in Toronto. Aggie extends a very special thank-you to Barbara Steed Young and MOA for inviting her to take part in the 2016 Fall Series.
Powered by