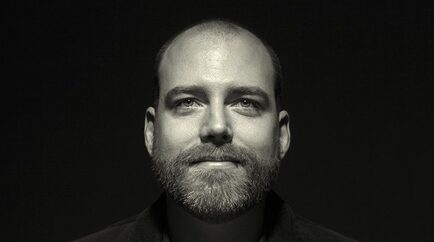 Nathan Hiltz
​Nathan Hiltz is an outstanding jazz guitarist who moved to Toronto from his native Halifax in 1999.  Since then he has recorded with a lengthy line-up of leading artists, and consistently performs on more than 200 gigs each year.

Hiltz received a Bachelor of Music degree from Humber College in 2005 and a Master of Music from University of Toronto in 2011 and has studied jazz guitar with greats including Reg Schwager, Jim Hall, and Adam Rogers. In addition to maintaining an intensive performing career, he currently teaches at Humber College.  He released his debut solo album,Your Love Is A Plane Crash, in 2007, and after a decade spent touring and working on the recording projects of others, he returned to the studio in 2015 to record his second CD, Songs Poetics, original arrangements of classic tunes.
​
Critical comment is consistently effusive, with praise such as “Hiltz makes each musical moment count. He creates multi-dimensional improvisations and offers every audience his very natural, organic, melodic instincts.”
Powered by